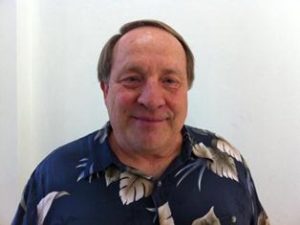 Chip is the founder and primary teacher for the ministry. After 35 years of ministry experience which included youth ministry, pastoral ministry in four different churches, a masters degree in theology and specialized training in other areas of ministry, in 2002 Chip discovered a special need in Nicaragua while on a mission teaching trip with his brother. Prayer, conversations with Nicaraguan believers, and his passion for training leaders prompted him to start the ministry with a pilot group in 2003 using Managua as the initial hub for the ministry. Upon completing the first year of ministry, after meeting Tito from Masaya, Nicaragua, it became apparent that Masaya would make a better center for the ministry. He currently lives in Plano, Texas and serves in ministry as a teacher in his local church as well as a pulpit supply preacher for other churches. He is a financial advisor and owns an auto sales business with his oldest son. Chip and his wife, Lanette, have three grown and married children as well as four grandchildren. 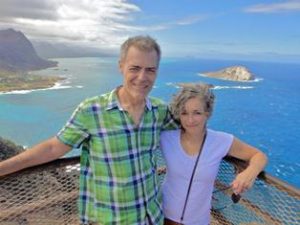 Eric lived in Del Rio, Texas, from 1985 to 1988 where he served as an instructor pilot in the Air Force and where he and his wife became members of Christ Bible Fellowship where Chip served as pastor at the time. He and his wife, Jenni soon became active leaders in the church and completed a discipleship training course that Chip later adapted for use by IEPNI in Nicaragua. After resigning from the Air Force, Eric left Del Rio Texas, moved to Michigan and joined the Michigan Air National Guard where he served part time as a Flight Commander in an F-16 fighter squadron, attended and graduated from law school with a Juris Doctor Degree, and joined an intellectual property law practice where he still practices law today. As an active member of his church, Eric has often used the materials he kept from Chip’s discipleship training course. Eric was excited to reunite with Chip in 2005 when Chip invited Eric to join him on a trip to Nicaragua. Eric also accepted Chip’s challenge to use what he’d learned from Chip’s discipleship training course to serve the Lord in Nicaragua as a PTI teacher. The following year Eric brought his wife and two children to help for a week during one of the modules of training. The rest is history as Eric now serves IEPNI as a permanent leader and teacher. He and his family reside in Clarkston, Michigan, where they are active in their local church with Eric serving as a guitarist for the church music team and as a teacher for home meetings. 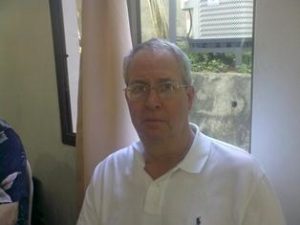 Denny grew up near Pittsburgh, Pennsylvania and joined the US Air Force after graduating from dental school. His third assignment was in Del Rio, Texas where he had the opportunity to minister with Chip from 1985 until 1990. During the time with Chip he learned the fundamentals of Bible Study and teaching that have developed into a passion for teaching ministries. He has served in 9 churches in teaching and leadership positions and has drawn heavily on the very material that is being presented in the Nicaragua ministry. He is currently involved in Men’s Studies and Music ministry at Calvary Chapel in Farmington, New Mexico. He retired from the USAF in 2003 and maintains a private practice in Periodontics and Dental Implants in Farmington, New Mexico and is also a Master Gunsmith. 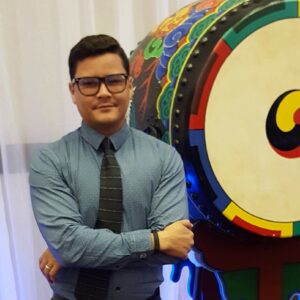 Roberto is the national coordinator of the Nicaraguan Pastoral Training Institute. He is a clinical and forensic psychologist with a master’s degree in anthropology and social leadership. He works as a consultant on personal development and leadership issues for various organizations in Nicaragua and as a substitute forensic expert at the Institute of Legal Medicine. He graduated from IEPNI in 2007 and since 2010 has been in charge of coordinating the ministry in Nicaragua. 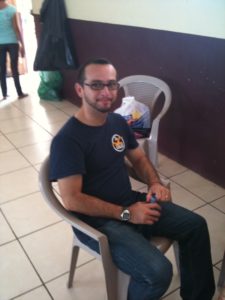 Frank was the translator for Chip on the first trip to Nicaragua in 2002. At the time Frank was 25 years old and unmarried. He had a position with the Campus Crusade for Christ at the Leadership Center in Managua working as the coordinator of the satellite centers. Since that time he has gotten married, had two children, received his bachelors of theology degree, started graduate theology studies, pastors a church in Managua, teaches some classes for IEPNI and continues to be the primary translator for IEPNI in Nicaragua.